Marcus Rashford has insisted that his only focus is on competing for trophies with Manchester United again amid rumoured transfer interest from Paris Saint-Germain.

Rashford has been linked with a move away from Old Trafford this summer after losing his spot in the first-team over the past 12 months. The United academy graduate suffered from a complete collapse in form last year and has struggled to make an early impression under new United chief Erik ten Hag this term.

However, the 24-year-old’s struggles have not deterred interest from PSG, who have identified the versatile England forward as a potential summer target.

But Rashford has reiterated that he has no interest in quitting his boyhood club – and that he is only thinking about doing his utmost to ensure that Manchester United can get themselves back challenging for major honours again after a difficult few years.

Upon being asked whether he remains fully committed to United, Rashford, who has clocked up over 300 appearances for the club, emphatically told Sky Sports: “100 percent. For me that’s a non-negotiable. The one thing that remains the same is your dedication and your commitment to training and the games. I feel like whatever the situation is I have to give 100 per cent for myself, family, friends and the fans.”

Join the debate! Do you think Rashford can find form again under Ten Hag? Let us know here. 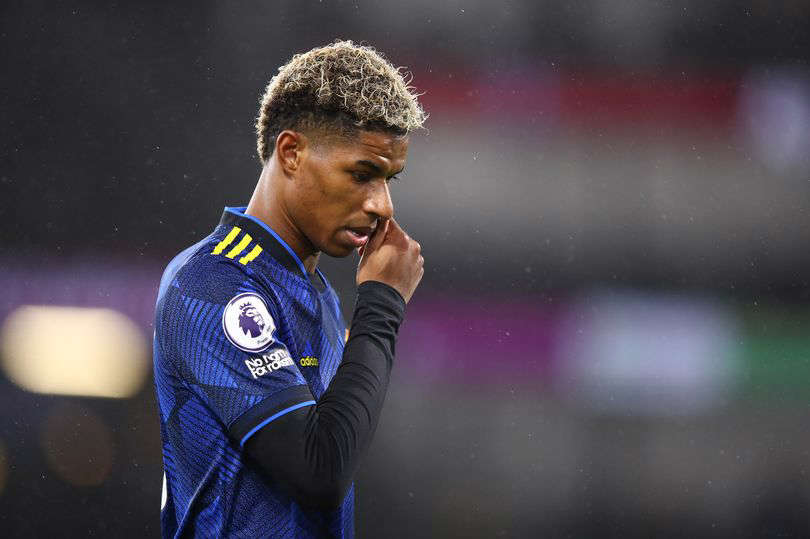 United have struggled for silverware ever since Sir Alex Ferguson made the decision to step down from his role back in 2013. Ten Hag has been tasked with improving United’s fortunes on the pitch after the club slumped to a new low last year, where they recorded their worst ever finish in the Premier League era.

The Dutchman has endured a nightmare start to life at Old Trafford after succumbing to embarrassing defeats against Brighton and Brentford in his opening two league games – but Rashford has backed the former Ajax chief to come good in time.

“It’s something to work towards and definitely right now the team is a work in progress. We have to understand the situation we are in and just keep pushing ourselves everyday.”